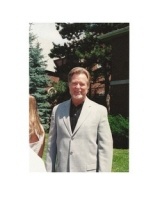 A Native of Richmond, Virginia, he was the son of the late Elizabeth Johns Berrier Herbig and William B. Herbig. A member of the Seventh Day Adventist Church in Pulaski, and was a professional musician at age 15. He worked with the Charlie Daniels Band, played drums for Dottie West and Leroy Van Dyke, was a member of the musical comedy group The Corvairs, along with numerous other groups and was a great singer and drummer. He also served his country in the United States Navy.

His parents precede him in death.

A memorial service is scheduled for Sunday, October 7th at 1:00 PM at the Briar Patch in Cornersville.

In lieu of flowers, donations are encouraged to the Seventh Day Adventist Church in Pulaski at P.O. Box 456, Pulaski, TN 38478
To order memorial trees in memory of Robert Herbig, please visit our tree store.