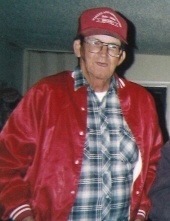 William “Gerald” Gordon age 79, passed away peacefully at his home in Lewisburg on October 23, 2021 after an illness.

Mr. Gordon was the son of the late Bob T. Gordon and Ethel M. Williams Gordon. He had a love for antique cars. He is survived by his wife Linda Faye Kelley Gordon of 29 years, and a special sister-in-law Vanda Kelley who resides with them and helped cared for Mr. Gordon; two brothers James Gordon and Bobby Gordon; several sister-in-law’s, cousins, nieces, and nephews.

Funeral Services will be conducted on Wednesday, October 27 at 4:00pm in the chapel of Bills-McGaugh & Hamilton Funeral Home with Brother Frank Sullivan and Brother Bill Taylor officiating. Burial will follow in Sunset Park Memorial Garden. The Family will visit with friends on Wednesday from 11:00am until service time at the funeral home. Pallbearers will be Jeffrey Helms, Eddie Fagan, Michael Fagan, Ronnie King, Jonathan Mathis, Howard Mathis, Josh Mathis.