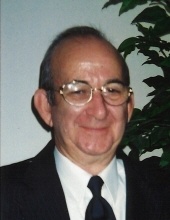 Frank was born in Marshall County, TN on August 9, 1942. He was the son of the late Eldridge James Stewart and Annie Ruth Brannon Stewart. Frank was a good man and a Christian. He was a Vietnam Veteran, having served in the United States Army. He was an employee of Walker Die Cast for over 29 years and retired in 2006. He was a truck patch farmer for years and sold produce to many of the local stores and markets. Frank was very knowledgeable about ginseng, other root, leaves, and bark that were used in making medicines. When Frank was younger, he spent all of his spare time hunting ginseng, other root, leaves, and bark and sold them, to companies to make medicines. He was also an avid trapper in his younger days and knew how to market all the furs and pelts that he trapped. He was very knowledgeable about coins and stamps. He was an intelligent man on many subjects.

Frank was a loving husband, father, grandfather, and uncle. He is survived by his loving and caring wife, Lois Jones Stewart of almost 20 years. He has a special stepdaughter and son-in-law, Linda Jones Haislip and Lyndall Haislip, whom he loved dearly, and they loved him. He has a great-granddaughter, Kaitlyn Jones, and a great-great-grandson, Huntlee Faulk that were very special to him. He is also survived by a niece, Wendy Burk, and his great-nephew, J. Mike Burk. He has a stepson, Paul (Tonya) Jones. He also has a caring neighbor and friend that he cherished, Steve Bass.

In addition to his parents, he is preceded in death by a son Wayne (Radar) Lentz, and a brother, James “Jimmy” Stewart.

A Private Family Funeral Service will be held. Burial will be in Lone Oak Cemetery.

Bills-McGaugh & Hamilton Funeral Home is honored to assist the family with arrangements. Condolences may be offered online at www.billsmcgaugh.com.
To order memorial trees in memory of William Frank Stewart, please visit our tree store.