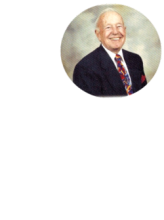 Mr. William Dee. (Bill) Beech, age 94 of Lewisburg passed away on Friday, March 22, 2013 at NHC-Oakwood in Lewisburg, TN. A native of Davidson County, TN, Mr. Beech was the son of the late George Otis Beech and Minnie Mae Whitehurst Beech. Mr. Beech was a member of East Commerce Baptist Church and served his country in the United States Air Force. He worked in retail sales most of his work life. He was president of Evergreen Senior Citizen Club in Metairie, LA. He and his late wife Virginia Anderton Beech operated the Hospitality Room at the Dixie Jubilee North American Horse Show in Baton Rouge, LA for over ten years. In moving to Lewisburg in 1999, he became chaplain at NHC-Oakwood from 2003-2010. He was a licensed minister of the gospel.

In addition to his wife Virginia who passed away in 2003 and parents, one sister Ruby Tucker, three brothers Virgil, Griffin and twin brother Robert Beech and son-in-law Hugo Higginbotham preceded him in death.

Funeral services for Mr. Beech will be Sunday, March 24th, 2013 at 2 P.M. at East Commerce Baptist Church with Kevin McGehee officiating followed by a reception in the fellowship hall of the church. Burial will follow.

Condolences of sympathy can be sent to www.billsmcgaugh.com.

Bills-McGaugh Funeral Home is in charge of the arrangements.
To order memorial trees in memory of William Beech, please visit our tree store.