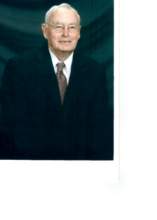 Wayne Darnell Winsett, age 82, of Petersburg passed away on Thursday, June 6, 2013, at his residence. Mr. Winsett was a native of Lincoln County and the son of the late T. B. Winsett and Leona Lynn Land Winsett. He served as Mayor of Petersburg, former owner of Lincoln Service Station, rural mail carrier for United States Postal Service out of Petersburg, served as funeral assistant for Bills-McGaugh Funeral Home for over ten years, and was a member of Cane Creek Church of Christ.

He was preceded in death by his wife, Chris Warren Winsett, who passed away in 1985, four brothers, Marlan Winsett, Darwin Winsett, Arnold Winsett, Buford Winsett, and one half-brother, Gary Winsett.

Bills-McGaugh Funeral Home & Crematory is in charge of the arrangements.
To order memorial trees in memory of Wayne Winsett, please visit our tree store.