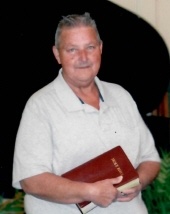 Walter Stephen Shrum, 74, passed away on Saturday, September 15, 2018 at his residence in Lewisburg, TN. He was born in Murfreesboro, TN on July 22, 1944 to Henry and Mamie Adams Shrum. He was a retired employee of Lasco and worked in maintenance. Walter was a member of the East Commerce Baptist Church in Lewisburg.

A memorial service will be held on Saturday, October 27, 2018 at 1:30 pm at the East Commerce Baptist Church, 560 East Commerce, Lewisburg, TN. A luncheon will follow the service at the church.

In lieu of flowers, donations to help with Mr. Shrum's medical expenses may be sent to the Walter Shrum Fund, 2340 Old Farmington Road, Lewisburg, TN 37091.