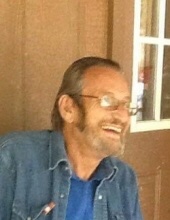 Walter Boyd McCollum, age 59 of Petersburg, passed away on Saturday, February 21, 2015 at Vanderbilt University Medical Center in Nashville.
Mr. McCollum was a native of Gallatin, TN, the son of the late John Woodson McCollum and Mary Lee Warfield Crisp. He was an iron worker for many years, but enjoyed farming in his later years of life.

Funeral services will be conducted on Tuesday, February 24, 2015 at 2 PM in the chapel of Bills-McGaugh Funeral Home with Sonny Moore officiating. Burial will follow in Cochran Cemetery in Lewisburg. Visitation with the family will be Monday, February 23, 2015 from 4 PM until 8 PM at the funeral home.

Bills-McGaugh Funeral Home & Crematory is in charge of the arrangements.
To order memorial trees in memory of Walter McCollum, please visit our tree store.