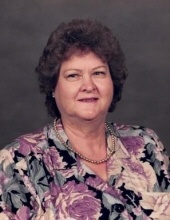 Born on August 1, 1931 in Bedford county, she was the daughter of the late William Thomas Philpott, Sr. and the late Mary Dessie Hasty Philpott. At the young age of 15, Virginia learned how to cook and run a house, after her mother got sick. She married Leonard Aubrey "L.A." Bradford, Jr. on October 23, 1948. They enjoyed 47 wonderful years of marriage, before his passing on August 15, 1996. Mrs. Bradford retired from Cosmolab after 14 years as a machine operator. She was a member of Lewisburg First Baptist Church and also attended New Life Church. In her free time, she enjoyed fishing and crossword puzzles.