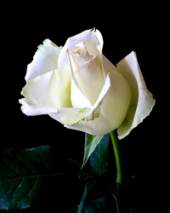 Velma Rush Sanders, age 94 passed away on Thursday, April 12, 2018 at NHC-Oakwood in Lewisburg, TN. She was born on April 20, 1923 to the late James W. and Ruth Tilkins Rush in Lincoln County, TN. She spent her life in nursing and helping others, owning Rockhaven Nursing Home for 22 years.

Arrangements are incomplete at this time and will be announced later.

Notes of Condolences may be sent to the family at www.billsmcgaugh.com.