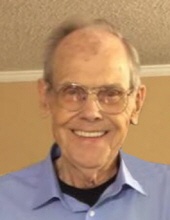 Mr. Tommie Self Newberry, 91, resident of Lewisburg, died on September 16, 2019 at his residence.

Born on August 7, 1928 in Stanford, Arkansas, he was the son of the late Charles F. Newberry and the late Lucy T. Newberry. He served in the US Army from 1951-1972, and completed combat tours in Korea and Vietnam.

Bills-McGaugh & Hamilton Funeral Home is assisting the family with local arrangements. Condolences may be offered online at www.billsmcgaugh.com. Heath Funeral Home, 321 W Garland St, Paragould, AR 72450, (870) 236-7676 is assisting the family with arrangements in Arkansas. www.heathfuneralhome.com.
To order memorial trees in memory of Tommie Self Newberry, please visit our tree store.