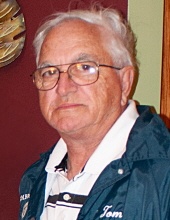 Thomas Joseph Raffaele, Jr., 85, passed away in Tullahoma, Tennessee on Monday, June 8, 2020. Tom was born November 15, 1934 in Bronx, New York. He served his country in the US Marines. For 50 years he worked in the printing industry. He enjoyed sports and was a youth football and baseball little league coach in Deer Park, New York. In 1971, he moved to Pembroke Pines, Florida and continued to coach there as well. He became active in Saint Maximilian Kolbe Catholic Church and the Knights of Columbus where he was a 4th degree knight. He chaired their Winter Carnival, New Year’s Eve and St. Patrick’s Day Dances, Lent Fish Fry, Christmas tree stand and numerous other activities. In 2009, Tom and his wife Marilyn relocated to Lewisburg, Tennessee to be closer to his children and grandchildren. He was a member of Saint John Catholic Church where he was also in the Knights of Columbus.

Tom is survived by his son and daughter-in-law, Thomas, III and Martha Raffaele of Tullahoma; Tennessee and his daughter and son-in-law, Cathy and Gary Marino of Chapel Hill, Tennessee; five beautiful granddaughters; four great-grandchildren and brothers Joseph and Richard; numerous cousins, nieces, nephews and friends.

He is preceded in death by his wife Marilyn of 55 years, his parents Thomas, Sr. and Raffaela Raffaele and brothers Frank and John.

A funeral mass will be held on Saturday, June 13th at 3 p.m. at Saint John Catholic Church in Lewisburg with an inurnment to follow at Sunset Park Cemetery.

In lieu of flowers, the family is requesting donations be made in his name to A Safe Have for Newborns at www.asafehavenfornewborns.com