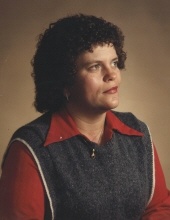 Thelma “Tiny” Rhea Sanders Southerland, 67, Resident of Lewisburg, died on July 19, 2021, at her residence surrounded by her family.

Born on April 29, 1954 in Lewisburg, she was the daughter of the late Austin Sanders and Mary Ruth Darnell Sanders. She married her husband Houston, December 31, 1971 and her family was everything to her.

In addition to her parents, she is proceeded in death by her brothers, Johnny Sanders, Harvey Sanders, and Bobby Sanders.