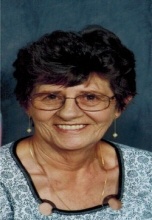 Thelma Kay Smith, age 68 of Lewisburg, TN passed away on Saturday, January 18, 2014, at her residence. Mrs. Smith was a native of Quinter, KS. She was the daughter of the late Harvey Wire and Ethel May Carney Wire. She was a devoted housewife and attended the New Life Community Church in Lewisburg. In addition to her parents, a sister, Jessie Taylor and a brother, Morris Wire, preceded her in death.

She was the devoted wife of Nigel Smith who survives. Other survivors include one son, Michael (Kathie) Ray Coates of Turlock, CA; two stepsons, Nigel and Brian Smith of Mamers, NC; two sisters, Elsie (Will) Laughlin of San Diego, CA and Linda (Gary-deceased) Sick of Ransom, KS; one sister-inlaw, Wanda Wire of Greeley, CO; seven grandchildren, nieces and nephews, mother and father-in-law, Gerald and Christine Mims of Columbia, TN, and numerous brothers and sisters of Nigel. Special friends include neighbors, Lionel, Gail and Bro. Gene Shelton.

A Memorial Service for Mrs. Smith will be Thursday, January 23, 2014 at 11 AM at the Chapel of Bills-McGaugh Funeral Home. Visitation will be one hour prior to the service.

Bills-McGaugh Funeral Home and Crematory is in charge of the arrangements.
To order memorial trees in memory of Thelma Smith, please visit our tree store.