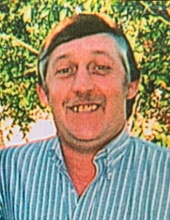 Born on June 1, 1959 in Marshall County, he was the son of the late Allen Holder and the late Josie Poarch Holder. He was a retired welder. Terry loved watching sports and westerns. He loved his family very much and had the biggest heart. Somedays, he was known to just get in the car and ride around.

In addition to his parents, he is preceded in death by a brother, Don Holder, step-son, Ricky Hargrove, and a beloved father figure, Jimmy Harbor .

In lieu of flowers, the family suggests contributes may be made to Bills-McGaugh & Hamilton Funeral Home to assist with funeral expenses.
To order memorial trees in memory of Terry A. Holder, please visit our tree store.