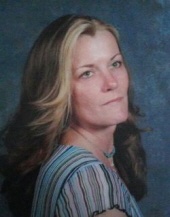 Tambra Ranee Griffin, age 44 of Lewisburg, passed away on Tuesday, January 13, 2015 at Maury Regional Medical Center in Columbia. A native of Gallatin, Mrs. Griffin was the daughter of the late Dempsey Wayne Hale and Brenda Overstreet. She was also preceded in death by one son, Michael "Anthony" Newsom, Jr. and one daughter, Alyssa Jo Griffin.

A memorial service for Tambra will be held Friday, January 16, 2015 at 3 PM in the Chapel of Bills-McGaugh Funeral Home. Visitation with the family will start at 1 PM until the funeral hour.

In lieu of flowers, please make donations to Bills-McGaugh Funeral Home to be given to her children.

Bills-McGaugh Funeral Home & Crematory is in charge of the arrangements.
To order memorial trees in memory of Tambra Griffin, please visit our tree store.