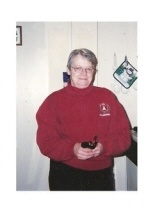 Biography
Sylvia Faye Johnson, age 68, passed away Feb. 4th, 2012 at Southern Hills Medical Center in Nashville, TN.
A native of Marshall County, she was a retired pencil factory worker. She was the daughter of the late Dorothy Christine Polly and Wallace Woodson Murray. One sister Patricia Gail Agent, one son Christopher Keith Clark and grandson William Keith Edmiston also preceded her in death.

There will not be a public Memorial.

Family request in lieu of flowers that memorials are made to the American Kidney Foundation.

Online condolences may be sent to the family at www.billsmcgaugh.com.
To order memorial trees in memory of Sylvia Johnson, please visit our tree store.