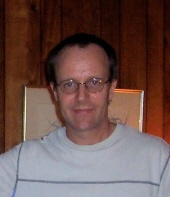 Born on August 29, 1957 in Spokane, Washington, he was the son of the late William W. Force, Jr. and the late Rose Holland Force. Stephen attended Middle Tennessee State University, where he received his Bachelors in Business. He later attended Vanderbilt University to continue his education, receiving his Masters in Business Administration. Stephen spent many years in the banking industry. He was an avid outdoorsman, and had a special passion for hiking. Stephen loved spending time in Colorado and with his beloved cats. He was a member of Christ Church Cathedral in Nashville.

Stephen is no longer burdened by the concern and vicissitudes of this life.

A Celebration of Life Service will be announced at a later time.

Bills-McGaugh & Hamilton Funeral Home & Crematory is in charge of the cremation arrangements. Condolences may be extended online at www.billsmcgaugh.com
To order memorial trees in memory of Stephen Larue Force, please visit our tree store.