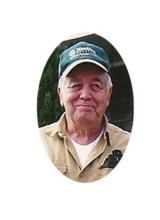 Mr. U.G. ( Shorty) Medley, age 71 of Petersburg, passed away on Monday, January 7, 2013 at his daughters home in Germantown,TN.
A native of Warren County,TN, he was the son of the late Harold Medley and Minnie Foster Medley. Mr. Medley was self employed and owned his own Heating and Cooling business for many years and was an avid farmer. He was a member of BQA Producers Association of Petersburg and was of the Christian Faith. In addition to his parents, he is preceded in death by a sister, Georgia Williams.
Survivors include two daughter, Cynthia Gregory and Amy ( Lee) Grant both of Germantown,TN.
Sisters, Jean Allman of Petersburg, Macon Grisson of Flintstone,GA and Pauline Simpson of Tullahoma,TN.
Brothers, James and Ray Medley both of Hernando,MS
Grandchildren, Mary Margaret Grant , Thomas Grant, Louis Grant, Jennifer Manning and Elizabeth Gregory.
Two Great Grandchildren, Aaron Manning and Claire Manning.
Funeral Services for Mr. Medley will be conducted on Thursday, January 10, 2013 at 2:00 P.M. from the chapel of Bills-McGaugh Funeral Home with Dr. Tom Dumser officiating. Burial will follow in Talley Cemetery in Petersburg. Visitation with the family will begin on Wednesday evening from 4:00 until 8:00 P.M. at the funeral home and one hour prior to the service on Thursday.
In Lieu of flowers, memorials can be made to the American Cancer Society.
To order memorial trees in memory of Shorty Medley, please visit our tree store.