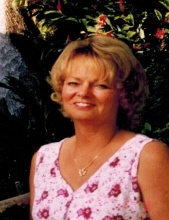 Shirley Jean Robbins, age 72 passed away on Sunday, March 13, 2016. She was retired from GM-Saturn in Spring Hill, TN. She was born in Detroit, Michigan the daughter of the late Joe and Peggy Brevard. A son, Fred Robbins also preceded Ms. Robbins in death.
She is survived by her husband of nineteen years, Randell Robbins of Lewisburg, TN, one daughter, Vickie (Tony) Reno of Murfreesboro, TN, one son, Randy (Judy) Robbins, Petersburg, TN, two brothers, William Chance McKinney, Davidson, MI, and Jeffery Brevard, Durand, MI, one sister, Dana Peter, of Swartz Creek, MI, and an aunt, Patsy Farthing, also of Swartz Creek, MI. Eight grandchildren survive.
Visitation with the family will be from 12:00 Noon until 2:00 PM on Wednesday, March 16, 2016 at Bills McGaugh Funeral Home. The funeral service will be at 2:00 PM with Paul Lucas of Mt. Moriah Baptist Church officiating. Burial will follow in Sunset Park.
Notes of condolences may be sent to www.billsmcgaugh.com.
Bills McGaugh Funeral Home and Crematory is in charge of the arrangements.