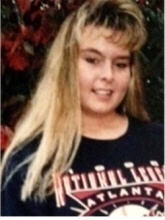 Biography
Sharon York Pittman, age 37 of Lewisburg, passed away on Sunday, April 6, 2014 at her residence. A native of Boaz, AL, Mrs. Pittman was the daughter of the late John Edward York and Susan Green-Preston of Albertville, AL who survives. She was a homemaker and was of the Baptist faith.

A private memorial service will be held at a later date.

Bills-McGaugh Funeral Home & Crematory is in charge of the arrangements.
To order memorial trees in memory of Sharon Pittman, please visit our tree store.