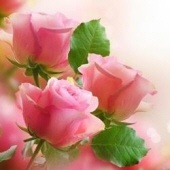 Mrs. Sara Woods Bigham, age 90, of Atlanta, Georgia and native and long-time resident of Lewisburg, passed away on Thursday, June 7, 2012, at Brighton Gardens of Buckhead Assisted Living in Atlanta, Georgia.

A native of Marshall County, she was the daughter of the late James Watson Woods and Sallie Frances Watson Woods. Mrs. Bigham earned her bachelors degree at Western Kentucky University at Bowling Green. She was a life-long member of the First Presbyterian Church of Lewisburg. She worked as a Home Demonstration Agent in Franklin, TN prior to marrying Knox Bigham. Mrs. Bigham was a homemaker who raised two daughters and was active in her church and in the Marshall County Historical Society. Mrs. Bigham was an accomplished cook and seamstress. She also worked for several years at the Marshall County Election Commission. She and her husband Knox enjoyed genealogical research and collecting antiques.

Funeral services for Mrs. Bigham will be conducted on Sunday, June 10, 2012, at 2:00 PM from the chapel of Bills McGaugh Funeral Home with Jeff Eason and Claude McMillion officiating. Burial will follow in Lone Oak Cemetery.

In Lieu of flowers donations can be made to the First Presbyterian Church of Lewisburg or the Marshall County Memorial Library.
To order memorial trees in memory of Sara Bigham, please visit our tree store.