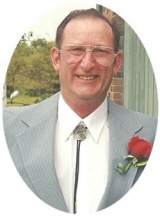 A native of Marshall County, he was the son of the late Maggie Davis Fox and Ezekiel (Zeke) Fox. A United States Army Veteran, he served his country in the Korean War, retired from Mead Container, a member of the VFW Post 5109, Elks Lodge1990, Dillahunty Masonic Lodge 112 and a member of the Parkview Baptist Church.

Funeral services for Mr. Fox will be conducted on Saturday, September 3, 2011 at 3:00 PM, from the chapel of Bills McGaugh Funeral Home with George Turke officiating.

Visitation with the family will begin on Friday September 2, 2011 from 4:00 PM until 8:00 PM and on Saturday from 1:00 PM until the funeral hour.
To order memorial trees in memory of Roy Fox, please visit our tree store.