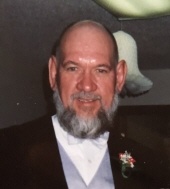 Mr. Ronnie Lawrence, 68, resident of Lewisburg, died Sunday, March 31, 2019 at his residence surrounded by his family.

A life-long resident of Lewisburg, Ronnie was born on August 3, 1950 to the late James Lawrence and the late Eva Ketchum Lawrence. He was a 34-year employee of ICP and later retired from Nissan. Ronnie loved mules and enjoyed going to Mule Day in Columbia.

In addition to his parents, he is preceded in death by his sister, Peggy Hutton.

A Funeral Service for Ronnie will be conducted on Thursday, April 4, 2019 at 7:00 P.M. in the chapel of Bills McGaugh Hamilton Funeral Home with Brother Rick Stephens officiating. The family will visit with friends on Thursday from 3:00 P.M. until the service time.

BILLS-MCGAUGH & HAMILTON FUNERAL HOME & CREMATORY is assisting the family with cremation arrangements. Condolences and memories may be shared with the family online at www.billsmcgaugh.com.
To order memorial trees in memory of Ronnie Lawrence, please visit our tree store.