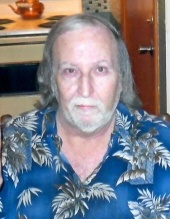 Ronnie L. Higgins, age 67 of Lewisburg, TN passed away on Sunday, September 30, 2018 at NHC-Oakwood in Lewisburg. Ronnie was born on July 22, 1951 in Lewisburg to Milton and Etelka Higgins, who both precede him in death. He was a graduate of Marshall County Senior High School. Ronnie was a member of the First Baptist Church and retired from Marshall Manufacturing after many years of employment..

Graveside services for Mr. Higgins will be held on Tuesday, October 9, 2018 at 2:00 pm at Lone Oak Cemetery, Lewisburg, TN.

In lieu of flowers, memorials may be made in Ronnie's memory to the American Cancer Society, c/o First Tennessee Bank, 125 First Avenue North, Lewisburg, TN 37091.