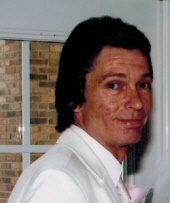 Mr. Robin Clay Lambert, age 55, of Lewisburg, passed away on Friday, July 10, 2015 at his residence after a long illness.

Robin was a native of Sutton, WV, and the son of William Lambert of MI and the late Mary Friend Frost. He was employed by General Motors, a member of UAW, and was of the Baptist faith. In addition to his mother, he was preceded in death by his step-father, Surles John Frost.

Funeral services will be held on Tuesday, July 14, 2015 at 11 AM from the Chapel of Bills-McGaugh Funeral Home with Roger Reid officiating. Burial will follow in Lone Oak Cemetery. Visitation with the family will be Monday, July 13, 2015 from 4 PM until 8 PM and again on Tuesday one hour prior to the service.

Bills-McGaugh Funeral Home and Crematory in charge of arrangements.
To order memorial trees in memory of Robin Lambert, please visit our tree store.