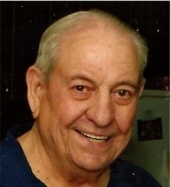 Robert E. 'Tuck' Tucker, age 76 of Lewisburg, TN, owner and operator of Tucker Auto Parts passed away peacefully at his home on April 21st, 2012. Robert was born June 27th, 1935 in the Ash Hill community of Williamson County. He was preceded in death by his mother and father Lenora and Winston Tucker, brothers Tom, Gordon, Jack and Harold and one sister Mary Ann.
Robert has owned and operated Tucker Auto Parts since 1963. He enjoyed serving his customers that span through the fifty states as well as all his valued and loyal customers in Middle Tennessee and Marshall County. Robert was known by most as 'Tuck' and always wore his blue coveralls. He referred to his shop as the "Place on the Hill" and drove a red wrecker and rollback for many years. He was on the board of directors of the Tennessee Automotive Dismantlers and Recyclers Association, the Tennessee Valley Hotline Association, board member Farmers Bank and advisory board of CB&S Bank. He was a Master Mason and a man of Methodist faith. He made many life long friends thru his business and community involvement that he treasured deeply.
He is survived by his wife of fifty-six years Evelyne Jones Tucker, two sons Thomas (Donella) Tucker of Abilene, TX, Terry Tucker of Belfast, TN, two daughters Torrie (David) Parsons of Columbia, TN and Tiffany "Tip" (Seth) Kendall of Lawrenceville, GA, grandchildren John (Heather) Tucker, David Tucker, both of Lewisburg, Preston Tucker of Belfast, TN, Kate and Kyle Parsons of Columbia, TN and Isaac Kendall of Lawrenceville, GA, three step-grandchildren Tambrein and Eric Bates and Crystal Callahan, two brothers Arthur "Sal" Tucker, Roy "Pete" Tucker both of Eagleville, TN and one sister Jane Gruber of Murfreesboro, TN and several nieces and nephews.
Funeral services for Mr. Tucker will be Tuesday, April 24th, 2012 at 2:00 P.M. from the chapel of Bills-McGaugh Funeral Home with Frank Smith and Tom Sumners officiating. Burial will follow at Lone Oak Cemetery with Masonic Rites. Visitation will be Monday, April 23rd, 2012 at the funeral home from 4 P.M. to 8 P.M.
Pallbearers Tom, Terry, John, David and Preston Tucker, Kate, Kyle and David Parsons, and Seth Kendall. Honorary pallbearers are past and present CB&S Bank board members and CB&S Bank employees.
In lieu of flowers the family request is to make a donation to your local food bank, Meals on Wheels, or church supported food program.
To order memorial trees in memory of Robert Tucker, please visit our tree store.