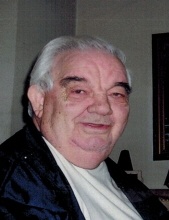 Robert R. Rickard, 86, died February 2, 2016 in Fayetteville Health and Rehabilitation Center, Fayetteville, TN. Mr. Rickard was an educator and held four post-college degrees. He was a teacher, an Assistant Commandant at Sewanee Military Academy, Assistant Professor at Wayne State University, Chairman of Secondary Education at Tennessee Tech University, Adjunct Professor at Columbia State Community College and Chairman of the Board, Marshall Education in Lewisburg during the years of 2001-2006.
Robert was born on May 12, 1929 in Weeksbury, Kentucky. In death he was preceded by his parents, E. A. and Katherine Johns Rickard, three brothers, William, Owen, and Charles Rickard and his daughter Lisa.
Survivors include his wife of 63 years, Marjorie Brandon Rickard, one son, Robert Brandon (Glyndia) Rickard, grandson, Ronald Malcolm Rickard and sister, Katherine Radford. Also surviving are many nieces and nephews, great-nieces and nephews, and great-great-nieces and nephews.
A Memorial Service will be held at Bills McGaugh Funeral Home at 2:00 PM Saturday, February 13, 2016 with military honors.
In lieu of flowers donations may be made to the American Heart Association, 1818 Patterson Street, Nashville, TN 37203 or Boys Town National Headquarters, 200 Flanagan Blvd., P O Box 8000, Boys Town, NE 68010.
Notes of condolences may be sent to www.billsmcgaugh.com.
Bills McGaugh Funeral Home and Crematory is in charge of the arrangements.
Charitable donations may be made to:
American Heart Association
1818 Patterson Street, Nashville TN 37203