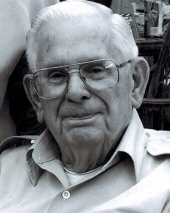 Robert (Bobby) L. Bennett, age 89, died Tuesday, March 15, 2016 at Marshall Medical Center in Lewisburg, TN. Mr. Bennett was a lifelong resident of Marshall County and the son of the late Paschal and Bird Allen Bennett. He was retired from Genesco, Faber-Castell and worked numerous years for the Highway 50 Drive-In and Dixie Theatre. He was a member of the American Legion and the VFW in Lewisburg, TN.
Bobby was preceded in death by his wife, Imojean Bennett in 1990, a daughter, Donna Bennett Prince, son-in-law, Tommy Hawkins, and two sisters, Juanita Estes and Betty June Cozart. He is survived by two daughters, Brenda Boenker and Patricia Hawkins, both of Lewisburg, TN, five grandchildren, Hale (Kathryn) Hawkins, Re (Kirk) Kelso, Leanne (Scott) Walls, Holly (Jonathan) Leverette, all of Lewisburg, TN and Tim Hawkins of Nashville, TN, one brother, Donald (Connie) Bennett of Huntsville, AL and a special nephew, Ronnie Estes of Belfast, TN. Twelve great-grandchildren and 2 great-great-grandchildren also survive.
Visitation will be with the family Wednesday, March 16, 2016 from 4:00 PM until 7:00 PM in the chapel of Bills McGaugh Funeral Home. The funeral service will immediately follow the visitation at 7:00 PM. Burial will be at 10:00 AM Thursday, March 17, 2016 at Lone Oak Cemetery with military honors.
In lieu of flowers donations may be made to the American Cancer Society, 2000 Charlotte Avenue, Nashville, TN 37203.
Notes of sympathy may be sent to www.billsmcgaugh.com.
Bills McGaugh Funeral Home and Crematory is in charge of the arrangements.
To order memorial trees in memory of Robert L. Bobby Bennett, please visit our tree store.