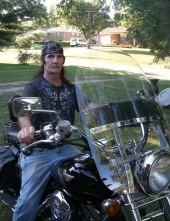 In addition to his parents, he is preceded by a daughter, Sabrina Everts on July 18, 2015.