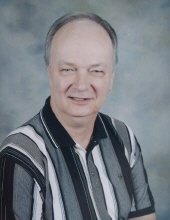 Born on May 30, 1947, in Lafayette, Indiana, he was the son of the late Everette Brock and Margaret Divine Brock. He was big into arts and crafts, mainly drawing and coloring. He loved movies with Clint Eastwood. When his wife was still living, he helped her with her Women’s Republican Party. He was a youth pastor in Frankfort, Indiana at Grace Baptist Church, and a Deacon at East Commerce Baptist Church in Lewisburg, Tennessee. He was also in the church choir at both churches. He was a “secret” shopper, and he would act as if he hated shopping; secretly enjoyed it. Lastly, he loved holiday traditions with his family.

In addition to his parents, he is preceded in death by his wife, Janis Brock.

All services will be held at a later date in Frankfort, Indiana.
To order memorial trees in memory of Robert E. Brock, please visit our tree store.