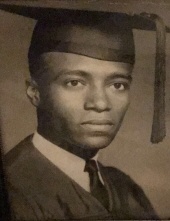 Robert was born on July 8, 1939 to Jennie Mae Franklin and Floyd Brown.He was reared by a dedicated step father, Roger Franklin and grandmother, Ms. Victoria Cotham, in Lynnville, TN. He graduated from Bridgeforth High School in Lynnville, TN. He married Irene Franklin (who preceded in death 2011) and they settled lifelong in Lewisburg, TN. Robert worked for Heil Quaker for a number of years and later joined CSX Transportation as a welder for 26 years and retired. Robert was a proud member of the U.S. Army National Guard (1962-1990) holding rank of 1st Sgt. He served in Desert Storm. Also, a member of the freemason society.