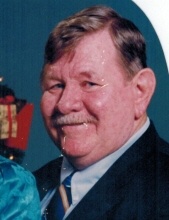 Robert Canfield Cheatham, age 72, of Cornersville, TN passed away on June 18, 2016 at the Marshall Medical Center in Lewisburg, TN. He was born in Louisville, KY to the late George Cheatham and Mary Irene Cheatham. Mr. Cheatham was also preceded in death by a brother, Jack Cheatham and a sister, Vickie Hollis.
Survivors include along with his mother, Mary Irene Cheatham, Green Cove Springs, Florida, his wife, Patricia Ann Harrell Cheatham, a son, George William Cheatham, both of Cornersville, TN, a sister, Wanda Cassidy, Green Cove Springs, Florida, two grandchildren, two step-grandchildren, and numerous nieces and nephews.
A graveside service will be held on Friday, June 24, 2016 at 10:00 AM in Sunset Park Cemetery, Lewisburg, TN with Pastor Joshua Leathers of The Lighthouse Church officiating. There will be no prior visitation.
Notes of sympathy may be sent to the family at www.billsmcgaugh.com.
Bills McGaugh Funeral Home and Crematory is in charge of the arrangements.
To order memorial trees in memory of Robert Canfield Cheatham, please visit our tree store.