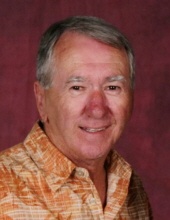 Born on August 16, 1952 in Ashland City, Tennessee, he was the son of the late Kniowlen and Annie B (Boyte) Sanders. He worked on numerous Tennessee Highways retiring from TDOT (Tennessee Department of Transportation) as Superintendent for 5 counties (Marshall, Bedford, Lincoln, Moore and Rutherford counties). He retired after 37 years of service in 2014.

He is survived by his wife of 17 years, Sandy Fay (Holder) Sanders. He was Daddy Dale to three beautiful daughters, Patricia (Bill) Brady of Smyrna, Diniticia (Ken) Peters of Murfreesboro, Sheila Dawn Osborne of Hopkinsville, Kentucky. Known as Papa Dale to 11 grandchildren and 15 great-grandchildren. He was preceded in death by Dale Osborne (Sandy’s son).

Preceded in death by his parents and one sister, Judy Sanders Phifer.

Dale never had children but loved his family so much. The nieces and nephews titled him as the “Greatest Uncle” in the whole wide world. He was an All Star at 10 years old and went on to coach for several years. He loved golf and after marriage to Sandy he loved goats!

Dale was a graduate of the class of 1970 and many of his friends from that class have remained his very close friends and many memories were made and his kind and loving heart will always be remembered.

Dale was a strong Christian in his later years making World Outreach Church is church family. He drove 50 miles to church on a Saturday night and then 50 back home. He loved that spirit filled house of worship and devotional was his daily routine. He wore a wooden cross that he was given some years back and never took it off except to sleep.

Dale was a member of World Outreach Church in Murfreesboro, ADGA and Culleoka Lions Club. Any memories you would like to share can be sent to Sandy at sanddale413@att.net. Friends will serve as active and honorary pallbearers.

BILLS-MCGAUGH & HAMILTON FUNERAL HOME is assisting the family with arrangements. You may share fond memories and condolences online at www.billsmcgaugh.com.
To order memorial trees in memory of Robbie Dale Sanders, please visit our tree store.