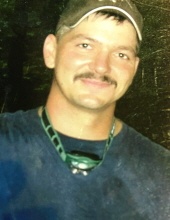 A Funeral Service will be conducted on Tuesday, June 15th at 6:00 PM at Bills-McGaugh & Hamilton Funeral Home. The family will visit with friends on Tuesday from 2:00 PM until service time at the funeral home.

Richard was born on June 25, 1976, in Maury County. He was a self-employed Fabrication Welder. Richard enjoyed fishing and hunting.

He is preceded in death by his grandparents, Harold Weatherford,Aubrey Scarfone, and Henry & Hazel White.

BILLS-MCGAUGH & HAMILTON FUNERAL HOME IS ASSISTING THE FAMILY WITH CREMATION ARRANGEMENTS. Condolences may be offered online at www.billsmcgaugh.com.
To order memorial trees in memory of Richard Scarfone, please visit our tree store.