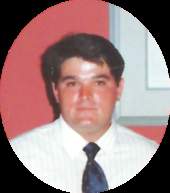 Ricky was the adopted son of the late Frank and Carnease Leonard of Lewisburg and the biological son of the late Jody Johnson of Nashville and Carolyn South of Columbia. He served his country in the National Guard, United States Marine Corp. He served in Japan and was a member of the Church of Christ.

A memorial service for Mr. Leonard will be Sunday, November 27th, 2011 at Bills-McGaugh Funeral Home. Visitation will begin at 1:00 P.M. until service time at 4:30 P.M. with Ron Kliene officiating.

In lieu of flowers donations will be accepted for funeral expenses at Bills-McGaugh Funeral Home: Attn: Jimmy Davis.
To order memorial trees in memory of Richard Leonard, please visit our tree store.