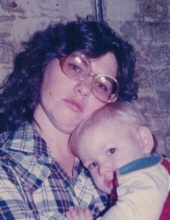 Reba Stovall Rogers, age 61 passed away in the Maury Regional Medical Center in Columbia, TN on Monday, July 24, 2017. She was a native of Lewisburg, TN and was the daughter of the late T. J. and Wilma Umbles Stovall. She was presently employed with the Moon Pencil Company and enjoyed fishing, working word puzzles, reading.
Reba was preceded in death along with her parents by her husband, Randall Rogers and her sisters, Pat Rogers, Martha Burrow and Joyce Davidson. She is survived by a son, Daryl Rogers, Lewisburg, TN, two sisters, Annie Cozart, Sheila Skinner, both of Lewisburg, TN and three grandchildren, whom she dearly loved.
Visitation will be with the family on Wednesday, July 26, 2017 from 4:00 PM until 8:00 PM in the chapel of Bills-McGaugh & Hamilton Funeral Home & Crematory and again on Thursday, July 27, 2017 from 11:00 AM until 1:00 PM. The Funeral Service will begin immediately following the visitation on Thursday. Roger Reid will be officiating.
In lieu of flowers, donations may be made to the American Cancer Society, 2000 Charlotte Avenue, Nashville, TN 37203-2003.
Notes of condolences may be sent to the family at www.billsmcgaugh.com.
Bills-McGaugh & Hamilton Funeral Home & Crematory is in charge of the arrangements.
To order memorial trees in memory of Reba Stovall Rogers, please visit our tree store.