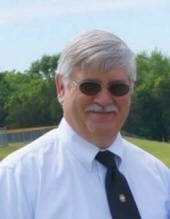 Randall Owen Young, age 62 passed away on Tuesday, May 30, 2017 at his residence. Randall was a native of Marshall County and a lifelong resident of Lewisburg, TN. He was a dedicated long time employee of the Maury Regional EMS where he worked as a Paramedic/Supervisor and a Death Scene Investigator. He had also worked previously with the Marshall County EMS. Randall was loved and respected by his family, friends, and acquaintances. He will be sadly missed. He loved helping others, planting flowers, and building things.
Randall was preceded in death by his parents, Owen and Betty Smith Young. He is survived by his wife, Jean Flowers Young, Lewisburg, TN, a daughter, Nikki (Jonathan) Allbert, two sons, Jason Young, Chris (Stacey) Booker all of Lewisburg, TN, a brother, James Scott (Vickie) Young, Franklin, TN, a sister, Diane (Jerry) Flowers, Lynnville, TN, seven grandchildren, Mercedes Burton, Elizabeth Allbert, Michael Allbert, Hunter Booker, Alexandria Booker, Dylan Booker, Cam Thompson, and several nieces, nephews, cousins, aunts, uncles, sister and brother-in-laws.
Visitation will be held from 4:00 PM until 8:00 PM on Friday, June 2, 2017 at Bills-McGaugh & Hamilton Funeral Home. The Funeral Service will be on Saturday, June 3, 2017 at 11:00 AM in the Chapel of the Funeral Home. Paul Lucas and Danny Couples will be officiating. Burial will follow in the Scribners Mill Cemetery in Maury County.
Notes of condolences may be sent to www.billsmcgaugh.com.
Bills-McGaugh & Hamilton Funeral Home & Crematory is in charge of the arrangements.
To order memorial trees in memory of Randall Owen Young, please visit our tree store.