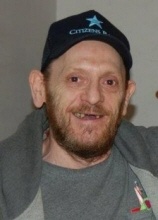 Mr. Randall Gene Hargrove, age 56, of Lewisburg, passed away on Saturday, January 14th 2012 at his residence.

A native of Marshall County, he was the son of Mrs. Annie L. Wright Hill and the late Gene E. Hargrove.

In addition to his mother, he is survived by one daughter Mystery (Ryan) Herod of Toledo, Ohio, two sons Damien Hargrove of Summertown, TN and Mason Hargrove of Lewisburg. Also surviving are five brothers Richard (Debbie) Meacham of Murfreesboro, TN, Jimmy (Cindy) Meacham of Chapel Hill, Paul (Diane) Wright of Crossville, TN, Marty Ray Hargrove and Richard Hargrove both of Lewisburg, two sisters Barbara Gene (Wayne) Demumbreum and Anita Chewning both of Lewisburg along with two grandchildren and several nieces and nephews.

Memorial services for Mr. Hargrove will be conducted on Friday January 20th, 2012 at Bills-McGaugh Funeral Home at 12:00 P.M. with Thomas B. Sumners officiating and a private inurnment after the service.

Visitation with the family will be one hour prior to the memorial service at 11:00 A.M. at the funeral home.
To order memorial trees in memory of Randall Hargrove, please visit our tree store.