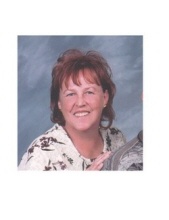 A native of Marshall County, she was the daughter of Ann Warren. She was a retired LPN at Hillside Hospital in Pulaski, TN and was a member of the Farmington Church of Christ.

A memorial graveside service for Mrs. Baker will be held on Thursday, June 9, 2011 at 4:00 PM at Lone Oak Cemetery.

No visitation will be held at the funeral home.
To order memorial trees in memory of Paula Baker, please visit our tree store.