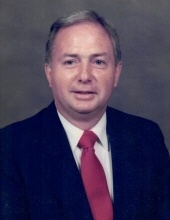 Eddie was born on October 27, 1941 in Lewisburg, Tennessee. He graduated from Marshall County High School in 1959. Eddie continued his education, attending Nashville Barber College. He worked as a barber in Lewisburg for many years. After leaving his career as a barber, he took a job in delivery with Golden Flake Snack Foods. In retirement, he loved his part-time job at H&S Pharmacy in Lewisburg. Eddie was an active member of East Commerce Baptist Church in Lewisburg. He enjoyed traveling with his family to the mountains and to the beach. He also loved reading and studying the Bible and Biblical prophecy. But most of all, he adored spending time with his children and grandchildren.

He is preceded in death by his parents, Paul Edward and Gladys Maddox Reese, Sr. and brother, Jackie Curtis Reese.

Visitation with the family will be held on Tuesday, September 11, 2018 from 4:00 pm until 8:00 pm in the chapel of Bills-McGaugh & Hamilton Funeral Home, 755 Yell Road, Lewisburg, TN. The funeral service will be held on Wednesday, September 12, 2018 in the same location beginning at 1:00 pm with Cliff Vines officiating and with Mike Keny and Bob Phillips speaking. Burial will follow in Lone Oak Cemetery. Pallbearers serving are Paul Gray, Chuck McCormick, Will Gray, Andrew Gray, Matthew McCormick, and Samuel Lynn with honorary pallbearers being Connor McCormick, Jeff Reese, Danny Hargrove, Ronnie Hargrove, Tim Moore, Brian Moore, and Terry Moore.