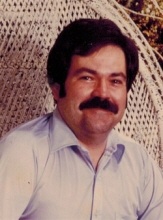 Paul Wayne Curtis, Sr., age 61 of Lewisburg, passed away on Wednesday, November 20, 2013, at Signature Health Care in Columbia. A native of Marshall County, Mr. Curtis was the son of the late Howard Curtis and Fannie Jane Isley Curtis. He was a law enforcement officer in Dallas, Texas for fifteen years, a mason for twenty-three years, and a member of Nazarene Church of Lewisburg and Beech Grove United Methodist Church. In addition to his parents, he was preceded in death by a son, Paul Wayne Curtis, Jr. who passed away in 2012 and a sister, Martha Curtis Adcock.

He is survived by one daughter, Jennifer Marie Curtis and one son, Charles Loyd Curtis, both of Lewisburg; two sisters, Fanny Love of Belfast and Mary Chumley of Columbia; one brother, James Howard Curtis of Decatur, Alabama; two granddaughters, Katherine Nicole Curtis and Victoria Ann Curtis, a nephew, Michael Anthony Curtis of Killen, Alabama, and several other nieces and nephews.

Bills-McGaugh Funeral Home & Crematory is in charge of the arrangements.
To order memorial trees in memory of Paul Curtis, please visit our tree store.