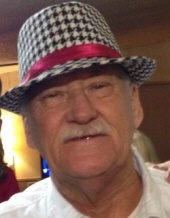 Mr. Cherry was a native of Marshall County, the son of the late Joe Frank Cherry and Betty June Bennett Cozart. He was also preceded in death by his sister, Jackie S. Mitchell. Paul worked as an experienced Tool & Die Machinist with Reliance Machine Works when he retired and was of the Baptist faith.

Bills-McGaugh Funeral Home & Crematory is in charge of the arrangements.
To order memorial trees in memory of Paul Cherry, please visit our tree store.