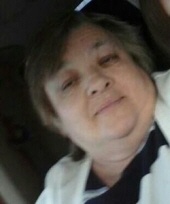 Patsy Thomas, age 59 of Lewisburg, passed away on Tuesday, March 11, 2014. A native of Scottsboro, AL, Mrs. Thomas was the daughter the late J. C. Hayes and Lois Reed Hayes. She was also preceded in death by her husband, James Thomas, who passed away in 2005 and a granddaughter, Kylee Thomas. She was self-employed as a private sitter and a member of the Church of God.
She is survived by three sons, Michael Hayes, Jeff Thomas, and Daniel Thomas, all of Lewisburg; one daughter, Lisa Thomas of Lewisburg; one sister, Mary King and one brother, William Hayes, both of Lewisburg; five grandchildren, Alyssa Compton, Brittany Compton, Erin Thomas, Dillion Thomas, and Khloee Thomas; two nephews, Chris King and D. J. King, and a niece, Kristin King.
Funeral services for Mrs. Thomas will be Thursday, March 13, 2014, at 11 AM from the Chapel of Bills-McGaugh Funeral Home with Tom Sumners officiating. Burial will follow in Lone Oak Cemetery. Visitation with the family will be Wednesday, March 12, 2014, from 3 PM to 8 PM at Bills-McGaugh Funeral Home.
Condolences of sympathy may be sent to www.billsmcgaugh.com.
Bills-McGaugh Funeral Home & Crematory is in charge of the arrangements.
To order memorial trees in memory of Patsy Thomas, please visit our tree store.