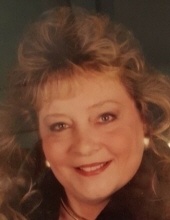 Pamela Jean Mealer of Chapel Hill, TN, age 62, passed away on Saturday, December 17, 2016 at Marshall Medical Center in Lewisburg, TN.
Mrs. Mealer was born in Michigan on December 30, 1953 to the late Curtis & Betty (Ackley) Sturgill. In addition to her parents Pamela was preceded in death by her infant daughter, Stacey Sheffer.
She is survived by her husband, Rocky Mealer of Chapel Hill, two sons, Robbie & Christopher Sheffer of Michigan, a daughter, Tina Dubois of Lewisburg, TN, two brothers, Jeff & Steve Sturgill of Michigan, five grandchildren as well as three great-grandchildren.
The visitation for Mrs. Mealer will be on Wednesday, December 21, 2016 at Bills-McGaugh Funeral Home from 10:30 AM until time of the service.
Funeral services will be on Wednesday, December 21, 2016 beginning at 1:00 PM in the Chapel of Bills-McGaugh Funeral Home. Burial will follow in Lone Oak Cemetery.
Arrangements by Bills-McGaugh Funeral Home & Cremation Center, 755 Yell Rd. Lewisburg, TN. 931-359-2521.
Online condolences may be sent to www.billsmcgaugh.com
To order memorial trees in memory of Pamela J Sturgill Mealer, please visit our tree store.