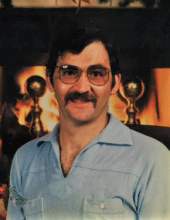 A memorial visitation will be held on Saturday, January 8, 2022, from 10 a.m. to 2 p.m. in the chapel of Bills-McGaugh and Hamilton Funeral Home.

Born on April 20, 1958, in Nashville, Tennessee, he was the son of the late Herbert Hoover Reed and Mary Ella Lampley Reed. Michael enjoyed seek and circle games while watching western and games shows.

He is preceded in death by his parents.