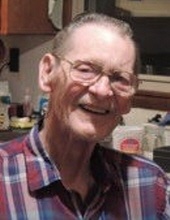 A Memorial Service will be held at First Assembly of God on Friday, February 21st at 2:00 PM.

Born on February 14, 1943 in Athlens, Alabama, he was the son of the late Frank Marles Tucker and the late Lula Tatum. Mr. Tucker retired from Faber Castell Corporation after 31 years.

Survivors include his two sons, Tony Tucker of Centerville and Tracy Tucker of Colorado; sisters, Edith Pope, Stella Darnell and Janie Pickle all of Lewisburg.

In addition to his parents, he is preceded in death by his brothers, Billy Tucker, Nathanial Tucker, and Calvin Tucker; and his sister, Elizabeth Moore.

Bills-McGaugh & Hamilton Funeral Home is assisting the family with cremation arrangements. Condolences may be offered online at www.billsmcgaugh.com
To order memorial trees in memory of Marles L Tucker, please visit our tree store.