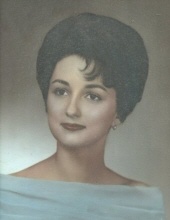 Marion Delle Carter Gordon was born April 9, 1943 in Lewisburg, TN and departed this life on August 10, 2017. She was the daughter of the late William Marion Carter and the late Melba Musgrave Culbertson.
In addition to her parents, she was preceded in death by a daughter, Candace Dee Daniel Sumrall, two sons, Joseph Tyree Gordon III, Sterling Lancaster Gordon and a brother, James Robert Carter, Sr. She is survived by her husband, Joseph Tyree Gordon, Jr., two brothers, Thomas Andrew (Martha) Carter, Sr., William Musgrave (Patsy) Derryberry, Sr., and five grandchildren, Joseph Tyree Gordon, IV, Sterling Chase Holgate Gordon, Joseph Bryce Holgate Gordon, Marion Gray Sumrall and Megan Olivia Melba Sumrall.
Mrs. Gordon was a member of the Farmington Church of Christ. She will be remembered as a loving wife, mother, grandmother and sister.
Visitation is planned with the family on Tuesday, August 15, 2017 from 11:00 AM until 2:00 PM at the Farmington Church of Christ. A Memorial Service will be held immediately following the visitation.
In lieu of flowers donations may be made to the Diabetes Association, 220 Great Circle Rd. #134, Nashville, TN 37228.
Notes of condolence may be sent online at www.billsmcgaugh.com.
Bills-McGaugh & Hamilton Funeral Home & Crematory is in charge of the arrangements.