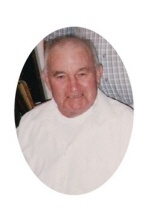 Send Flowers Malcolm Sidney Wright December 27, 1926 - November 9, 2012
Malcolm Sidney Wright, Sr., age 85 of the Laws Hill/Anes Station Community passed away on Friday, November 9th, 2012 at NHC-Oakwood. A native of Marshall County, Mr. Wright was the son of the late Oliver Wright and Georgia Mae Rhiner Wright. He served in the United States Army during the Korean conflict and was a farmer. In addition to his parents, one sister Dimple Wright Haislip and four brothers James, John Roy, J. C. and Davis Wright preceded him in death.

Funeral services for Mr. Wright will be on Tuesday, November 13th, 2012 at l:00 P.M. from the chapel of Bills-McGaugh Funeral Home with Thomas B. Sumners officiating. Burial will take place in Lone Oak Cemetery. Visitation with the family will be Monday, November 12th, 2012 from 4 P.M. to 8 P.M. at the funeral home and after 10:00 A.M. until the funeral hour on Tuesday.