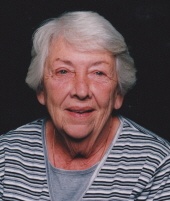 Lucille B. Dabney, age 84, of Petersburg, TN passed away on January 31, 2016 at Maury Regional Medical Center in Columbia, TN. She was the daughter of the late Shelley and Annabelle Futch Babston and widow of the late John Walter Ingram and Joseph Dabney. She was retired from J. Dabney and Company, Plumbing and Electric.
Betty Mimbs, a sister, also preceded Mrs. Dabney in death.
Her survivors include a daughter, Barbara (David) Jordan of Lewisburg, TN, and a son Gary (Bobbi) Ingram from Bradenton, FL. One brother, Richard Babston of Nevada along with 4 grandchildren and 7 great-grandchildren also survive.
A graveside service will be held on Thursday, February 4, 2016 at the Rose Hill Cemetery, Fayetteville, TN at 11:00 AM. There will be no visitation prior to the service.
Notes of condolences may be sent to www.billsmcgaugh.com.
Bills McGaugh Funeral Home and Crematory is in charge of the arrangements.
To order memorial trees in memory of Lucille B Dabney, please visit our tree store.