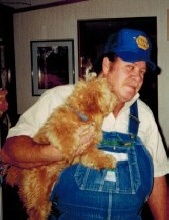 Lonnie Shelton, age 68 of Cornersville, TN passed away on February 2, 2017 in the Maury Regional Medical Center in Columbia, TN. He was the son of the late Robert W. Shelton and Kathleen Adcox Shelton, attended the Presbyterian Church and was a former employee of Hyperian Seating.
He was preceded in death along with his parents by his first wife, Audrey Duckworth Shelton, four brothers, Robert Lee, Ray, Cecil and Jimmy Shelton, and three sisters, Martha Wright, Jean Adams, and Dot Mills.
Lonnie is survived by his wife, Dorothy Blackwell Shelton of Cornersville, TN, four sons, Lonnie Wayne Shelton of Cornersville, Christopher Tony (Marsha) Shelton of Olive Hill, KY, Chandler Crews Edwards of Cornersville, Billy Wayne Edwards, Jr. (Beverly) of Lewisburg, one daughter, Norma Jean (Randal) Shirley of Lewisburg, TN, two sisters, Connie (Kenneth) Wright of Lewisburg and Sue Darnell of Lewisburg. Seven grandchildren and five great-grandchildren also survive.
Visitation with the family will be on Sunday, February 5, 2017 from 4:00 pm until 7:00 pm in the chapel of Bills McGaugh Funeral Home and again on Monday from 11:00 am until the funeral hour at 1:00 pm.
Services will be held on Monday, Feb. 6, 2017 at 1:00 pm in the chapel of Bills McGaugh Funeral Home with burial in the Diana Cemetery in Cornersville, TN.
Notes of condolence may be sent to www.billsmcgaugh.com.
Bills McGaugh Funeral Home and Crematory is in charge of the arrangements.